We go to a Seattle church 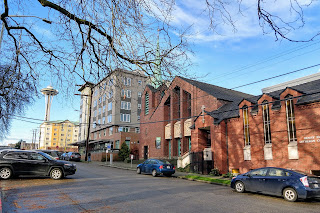 A Seattle Church, Seattle, Washington (Belltown)
“The shepherds got a spectacle. Everyone else got a shepherd.” 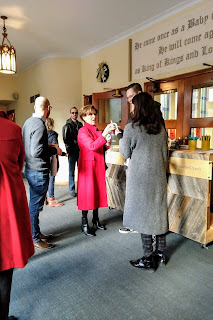 That's what Pastor Tim said as he began his sermon on Luke 2 the Sunday before Christmas at A Seattle Church. (I should make it clear “A Seattle Church” is the name of the church, not a vague reference.) And I thought that the title said something interesting about the church itself.

A Seattle Church began as a small group in 2013 which grew quickly. Something else was happening in Seattle at about the same time. Mars Hill, a megachurch with multiple campuses, was imploding. 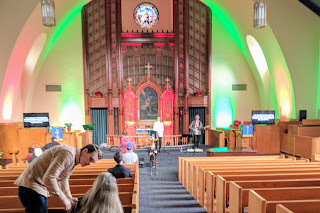 Mars Hill was a spectacle -- as was its disintegration. That small group that began in 2013 found itself, in the words of Tyler, another pastor at A Seattle Church, becoming an infirmary for hurting people who'd been part of Mars Hill. That process changed the anticipated timeline of the small group's development, but in 2015, A Seattle Church had its official start. 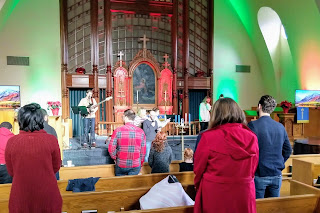 We very much enjoyed worshiping at A Seattle Church this Sunday. We did the things I love in Christmas worship services -- preservice music included “It’s Beginning to Look a Lot Like Christmas,” “The First Noel,” and Relient K’s “Sleigh Ride.” Even better, we sang together as a congregation, “Go Tell It On the Mountain,” “Joy to the World,” “O Come, O Come, Emmanuel,” and “Come All Ye Faithful.” Best of all, each person received a candle as we entered, and at the end of the service, we lit the candles as we sang “Silent Night.” 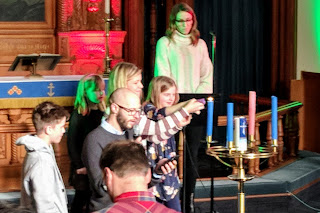 There was Advent candle lighting by a family -- which is the way Advent candles were lit in my church traditions. Different readers, including two adorable red-haired girls, read verses from Luke 2, which transitioned nicely into viewing the clip from A Charlie Brown Christmas of Linus reciting the story. Pastor Tim preached a good message on the passage, then said, we’ll be moving from Jesus’ birth to His death," and we had communion together. We closed the service singing “All Glory Be to Christ” to the tune of “Auld Lang Syne” which always gets to me. 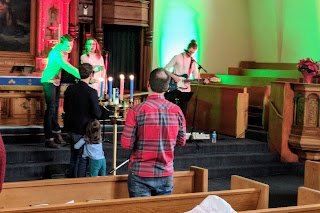 So it was a wonderful service. And we also were greeted well by people, especially by Pastor Tyler, who welcomed us before we entered the building. He told us a little about his life and the church, and we told him about our project of visiting churches (which is almost finished). He asked why we started the project, and I told him we'd talked to people who thought the church in America was dying out. We wanted to see if that was so. I told Tyler about large churches with lots of young people which seemed to go against the story of a dying church, and Tyler asked if that was what we were looking for. And I realized I was talking about spectacular churches --which we saw in our journey, amazing things. 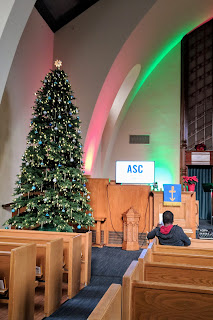 But what we saw more of were “shepherd” churches. Small, humble places where people were cared for. At A Seattle Church, they started out with young families. Now, due to changing demographics and financial realities in the city, they have more single professionals and they desire to serve whoever comes their way.

Christmas is about Immanuel, “God with us,” and A Seattle Church is a place where -- certainly -- God was with us. 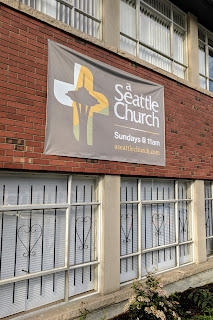 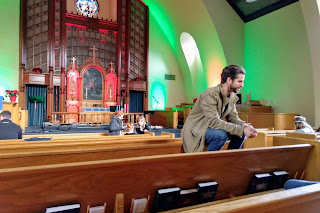 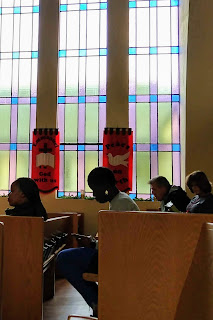 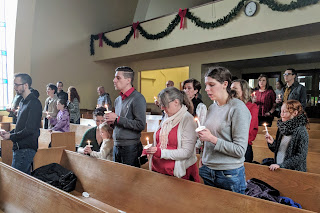 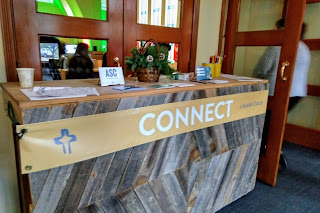