Bonus Post: We don't go to Nigeria (but we would if we could) 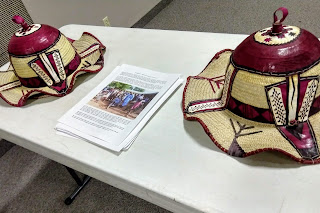 Wheelchairs for Nigeria
Someone recently told me she didn’t want to give her children vaccines because she didn’t think they did any good, and might instead cause harm. She said, “I don’t see how putting a disease in someone can prevent a disease.”

Sadly, she’s not alone these days. There seem to be a growing number of people who believe what a friend of a friend, a former Playboy centerfold, or a leading comic from the '90s have to say about the topic rather than decades of scientific research. It’s sort of depressing. 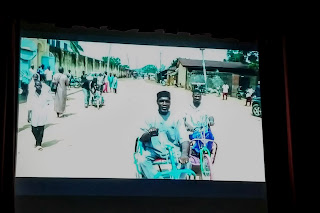 So here’s some good news: polio has almost been eradicated. Last year there were only 22 reported new cases in the world. Thirty years ago, thousands of people contracted the disease every year in Nigeria, but around that time, Rotary International took an interest in providing vaccines to the nation. In time, the Gates Foundation took up the cause. Is it just a coincidence that the dramatic decline in polio occurred when the vaccines were distributed? 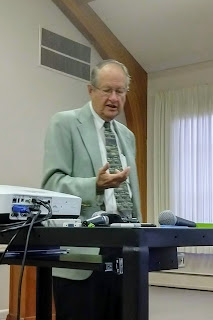 Dr. Ron Rice, a retired Presbyterian pastor, presented this good news to a Sunday School class at West Side Presbyterian Church last Sunday. but there was bad news to go with the good. Though a great deal of charitable giving has been directed toward preventing new cases, little has been done for the crippled victims of the disease. For that matter, little has been done to help Nigerians living with the effects of birth defects, other diseases, and maiming accidents. Wheelchairs for Nigeria, through Beautiful Gate, is doing that very thing.

The name “Beautiful Gate” comes from the passage in Acts 3 where God used Peter to heal a lame man who waited by a temple gate called “Beautiful.” With a factory employing 65 Nigerians (some of them physically disabled), the ministry manufactures wheelchairs for distribution throughout the country. These wheelchairs are quite different from what you’re probably picturing. They’re more like adult-sized tricycles adapted for pedaling and steering by hand (instead of feet). 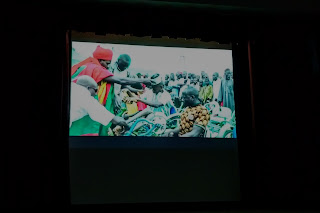 Ron and his wife Sharon recently returned from a three-week wheelchair distribution trip to Plateau State in Nigeria. From a base in Jos, the Rices and Ayuba Gufwan, their Nigerian partner, drove to communities up to three hours away to distribute wheelchairs. Ayuba, himself a polio survivor who uses a wheelchair, was honored with presentations in several communities, while Ron, who was made an honorary chief on a recent trip, was able to meet -- in appropriate turban and robes -- with an emir to discuss the project. While at the emir’s palace, Beautiful Gate gave away 50 wheelchairs to members of the community. Many of the local leaders he meets are Muslim. Nigeria (the most populous African nation) is a majority Islamic nation, though a few Nigerian states have a Christian majority. 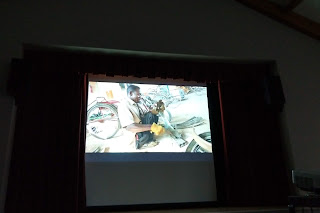 When Ron meets with Muslim leaders, he doesn't hide his faith in Christ or that most of the money for the wheelchairs comes from churches in the United States. He is respectful of the people he meets with, acknowledging that Islam also calls for concern for the poor and weak. Muslim leaders, he said, are often surprised that Christians are concerned for poor Muslims. 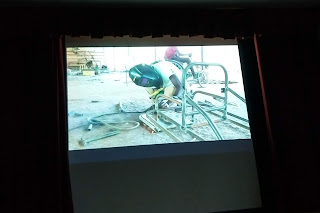 On this trip, Ron and Sharon were also able to visit a state school for the deaf and two different ministries for the blind. At the University of Jos, the 85 blind students in residence were offered a folding white cane or an audio recorder they could use for lectures. Every stop on their trip provided an opportunity to remind people of God’s love for them and His special care for the poor. The main emphasis of their ministry, though, is polio victims. Beautiful Gate distributed 360 chairs in eight different presentations. In every community, more chairs than they could accommodate were needed. 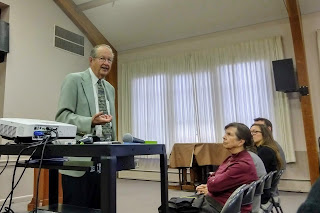 Could you help fill this need? One chair manufactured by Beautiful Gate’s factory costs $150. As you consider charitable giving this Christmas season (and before year’s end), this is certainly a worthy ministry. Click here to learn more.
Posted by churchandstates