We go to church for a saint 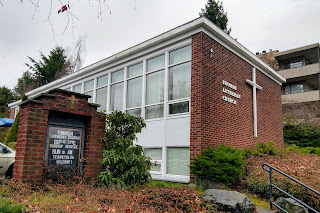 Seattle Finnish Lutheran Church, Seattle, Washington (Crown Hill)
“Would you like to be in the procession?” A woman asked a girl as she entered the church with her family. It was the church's annual Santa Lucia celebration, and there was no limit on how many young people could participate. 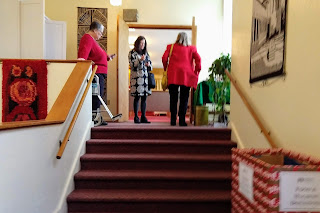 Last minute recruitment has been part of my life many times in churches. We also overheard someone being recruited for a reading. I’m not sure if it was part of a recruitment process, but I heard a man tell someone, “I am quite familiar with this song. In a different language, of course.” In general, it says something about a church that's comfortable doing last minute recruiting. It says that this is a small church with a family setting, where people feel comfortable asking each other to pitch in. 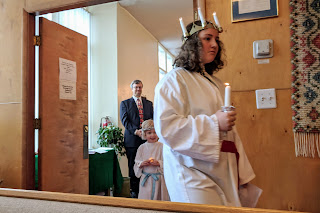 Anyway, you may be wondering what this “Santa Lucia” thing is all about. For one thing, it is part of why we decided to go to the Finnish Lutheran Church last Sunday. When our kids were young, we often celebrated Santa Lucia (or Saint Lucy) Day, December 13th. It wasn’t an ethnic heritage thing for us, but we thought the celebration was fun -- in homes, the oldest daughter traditionally wakes the family with candles, coffee, and sweet rolls. Mindy would make our daughters a wreath with candles to wear as a crown, convince one of them to wear a white robe (probably formerly used as a Princess Leia costume or an angel costume from a church Christmas play), and they would wake the household for breakfast. We were happy to see the procession this Sunday (December 16th) with children carrying candles (battery operated for small children and a real flame for the older girl portraying Lucia). 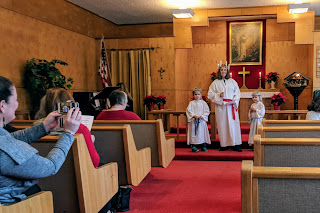 Though I mentioned this isn’t a part of our cultural heritage, Lucia is part of the Finnish Lutheran tradition. It is interesting that though the girl martyr was Italian, she is especially celebrated in Norway, Sweden, and Finland (particularly in the Swedish speaking portions of the country). Finnish culture was central to this worship service, particularly in the music. Three of the five hymns we sang were in Finnish. (Finnish is a rather exotic language; the largest of the Uralic languages. We heard someone mention a theory that the language is most closely related to Korean.) The one word I could confidently pick out was “Hoosianna,” which I believe would be translated as “Hosanna” (though it might be “Hallelujah”). 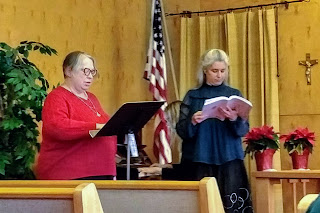 Another major portion of the musical menu of the morning wasn’t Finnish at all. The prelude for the service was “I Know That My Redeemer Liveth” from George Frideric Handel’s Messiah, and all the special music of the morning (two solos and a duet) came from that same classic choral work. We also sang a hymn by a German and an Englishman, “Hark! The Herald Angels Sing”. 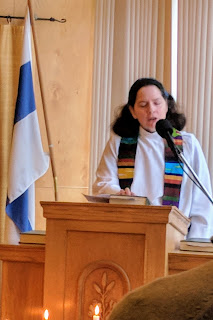 The sermon was from guest pastor Kristy Daniels, and I got the impression that she visits often. She said that Maria, the pianist and organist, choose the music for the day and that “Hark! The Herald” was sermon enough for the day. (But she still spoke. Pastors always say something or another was sermon enough, but they always preach anyway. That’s what pastors do. I’ve only been in one service where the pastor followed through on that. Kudos David Jordan-Irwin.) Pastor Kristy spoke on the Gospel reading, Luke 3, about John the Baptist, who was quite the Advent kind of guy, preparing the way for the Messiah. 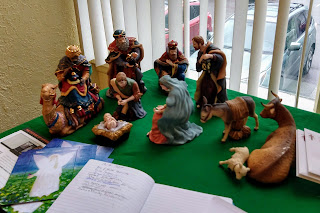 I found the announcements after the sermon especially interesting: in the afternoon, Swedish Lutherans were going to use the building for a Swedish language service with a guest Swedish pastor from San Francisco. The Finnish congregation wouldn't be meeting the next Sunday, we heard, because the congregation would be gathering on Christmas Day. 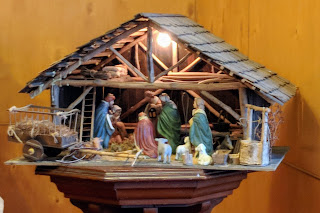 After the worship service, everyone was invited downstairs for coffee and snacks (if you know anything about Scandinavian culture, you know they love their coffee). We chatted with many people around the table, some about our project of visiting churches and bars. I asked John, who was sitting across from us, what he appreciated about this church. 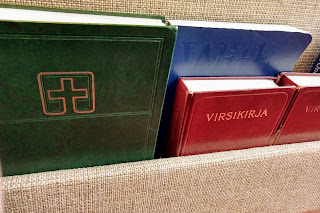 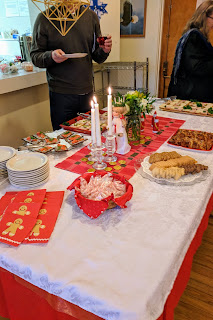 He talked about how the church celebrated Finnish culture. Along with the worship services, there are classes for Finnish language and music. He said that the church faced challenges (“We’ve been having more funerals than weddings”). He said the tech companies are bringing in many workers from Finland, but they don’t seem to be seeking out churches here. For now, the people of Seattle’s Finnish Lutheran Church obviously enjoy being able to celebrate their culture and their Lord Jesus Christ together. 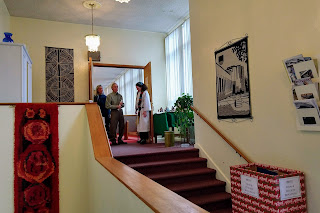 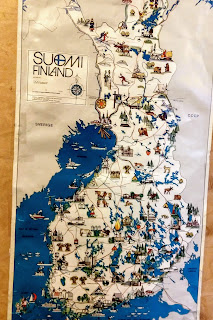 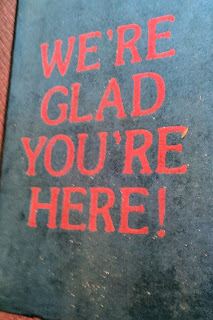