Dean and Mindy get grumpy 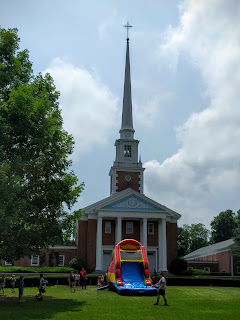 When we visit a church, and especially when we write about a church, one of our primary rules is Dalton’s number one rule in Road House: “Be nice!” We usually visit a church once, so if something goes wrong, we have to assume it’s an anomaly. Our purpose is to build up the church, not tear it down, so we try to write about good things, as much as we can. If we should visit a church (or a bar, for that matter) with nothing to recommend it, we just won’t write about it. 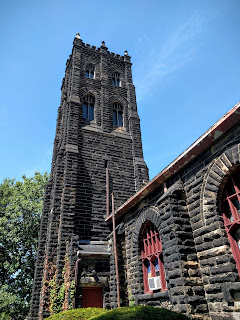 Sometimes churches do things that make us wonder, as outsiders, if they're just silly. There’s also stuff that makes us angry. This week we’re pointing out a few of our pet peeves without pointing and snickering at any particular church (but we hope they know who they are.) 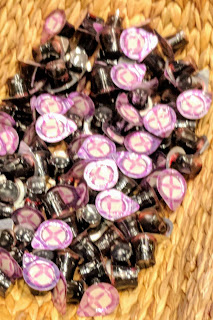 First off, is it too much to ask that the bread used for communion taste better than salt-free play-dough? Catholics have long used flavorless wafers, but increasingly, Protestants also seem to be trying for an efficient Lord’s Supper with bulk purchases of little packets of a styrofoam cracker atop a plastic thimble of grape juice -- an arrangement that makes Oliver Twist’s meal of gruel look like a Michelin-starred meal. Jesus said of the bread He gave His disciples, “This is my body, broken for you.” Whether you believe that the bread miraculously becomes the Body of Christ or that it is a symbol of Christ’s sacrifice, why would you want to associate Jesus with bland (or downright unpleasant) flavor? I can understand leaving yeast out of the bread as a symbol of sinlessness. Cool. But tasty yeastless bread (even tasty gluten-free, yeast-free bread) exists, both store-bought and homemade. Some churches serve GOOD BREAD and even GOOD WINE to show that the Kingdom of God is a feast. More churches should. 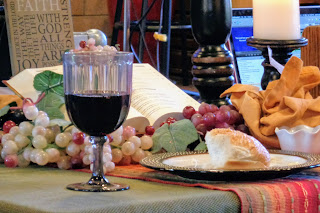 Another thing. We’ve visited churches that share their buildings with congregations that use a different language (Spanish, Korean, American Sign Language, etc.) In the vast majority of these churches, the English language congregations had the Sunday morning time slots for worship, and the other language congregations got the afternoon or evening for their gatherings. I’m sure the churches have good and sound reasons for the arrangement of their worship services, but from the outside, it looks like the English language services are the real ones, and the other worship services are afterthoughts (at best). 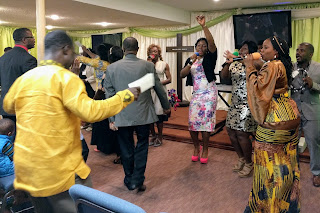 Furthermore, do we really need collecting the offering to be a thing anymore? In particular, should time in the worship service be dedicated to passing a plate, a basket, or a bag to collect money? We’ve been at many worship services where empty bowls and buckets move along the row. It’s not that people aren’t giving, it’s just that people often give to the church in different ways -- through direct deposit or donating online -- even mailing in checks or using a dedicated kiosk just outside the worship center. Those empty vessels moving back and forth through the congregation are just sad. (We have been to a couple of churches where the congregation danced up to the offering baskets and dropped in their money, accompanied by singing and drums. That’s a whole other activity). 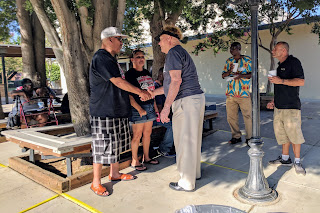 When we’re thinking about awkward parts of worship services, how about those greeting times? Some folks seem to want to shake every hand in the house, murmuring “Peace” or “Good Morning” without looking anyone in the eye. Other people don’t really want to shake anyone’s hand, so they’ll do the minimum, one or two of their immediate neighbors, and quickly sit down. When we’re visiting, we wonder if we’re supposed to give our name, if we should wait and listen for an answer when we ask, “how are you?” What do we do if the church happens to be one that practices the biblical “kiss of peace?” That feels a bit intimate when you’re a first time visitor. 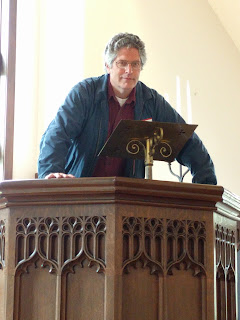 And finally, may I rant about one word? There is a song -- which I like -- called “Reckless Love” by Cory Asbury. It’s getting a lot of airplay on Christian radio, and we’ve heard it in several churches. The song is about the wonder and bounty of God’s love for us, which is obviously a worthy theme, but I wonder if Asbury looked up the definition of “reckless” in the dictionary. Merriam-Webster says it means “careless of consequences.” The Oxford English Dictionary defines it, “without thinking or caring about consequences.” If you just Google the word, you’ll find these synonyms: rash, careless, thoughtless, hasty, impulsive.

I see the intent of the word in the song, but God’s plan to save us was not thoughtless, it was very thoughtful. It was not hasty -- according to Ephesians 1:4, His plan to save us was laid out before the world was made. God carefully considered the consequences, including the death of His Son, and moved forward. “Amazing Grace,” is an incredible description of God’s love. “Reckless Love,” not so much. 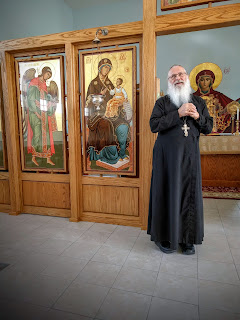 I could go on, but I can only take so many people tweeting Matthew 7:1. Those calls not to judge are totally fair. So next week we’re back to being nice.
Posted by churchandstates