We go to church in a movie theater 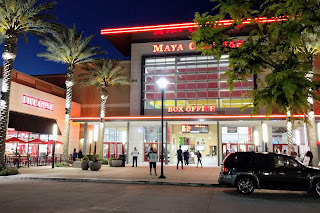 Celebration Church University Campus, Fresno, California
Have I whined to you lately about our current schedule? My work schedule was supposed to include most weekends off, but that didn’t happen, so I’ve been working most Saturday nights (11:00 pm to 7:00 am Sunday). Because of that, I have trouble staying up to get to worship services that start later in the morning. Mindy is scheduled to work most Sundays from 10:45 am to 7:00 pm or so -- making even the few local Sunday evening services difficult. In other words, our jobs aren’t ideal for writing a blog about visiting churches. 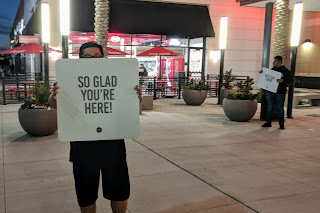 And that’s why we were excited when we learned about a Sunday worship service at 8:30 pm. We’d gone to the movies (Isle of Dogs, two thumbs up though there’s nary a church in it) at the Maya Cinemas in Fresno, and among the film promotions, we found a flyer reading, “Live Your Best Life. Make A Difference. Celebration.” The church service is at the movie theater. 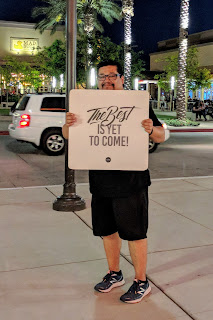 8:30 pm is ideal for our schedule. Do you know who else that time is ideal for? College students!

Celebration Church in Fresno has four campuses: Fresno, Clovis, Madera (with a Spanish language service), and this one called the University Campus. The theater is in a little shopping mall right next to the Fresno State University campus, an easy walk from dorms and apartments. (We recently visited Mad Duck Craft Brewing Company in the same mall for our bar blog). 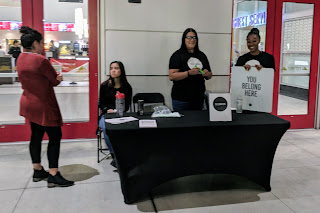 As we approached the theater we were greeted by sign holders (“So Glad You’re Here” and “The Best Is Yet To Come”). I’m not sure what people seeing A Quiet Place thought of the signs, but we knew they were greeters for the church service. The sign holders directed us to a greeters table where we were given green bracelets to distinguish the churchgoers from the paying moviegoers. On the way to theater 13 (of 16), Tyrell greeted us. He was volunteering at a table with signups for water baptism and small groups. 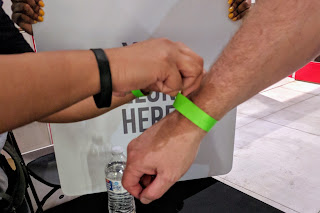 We found seats in the mostly empty theater, and as 8:30 approached the rest of the seats filled up quickly, mostly with what looked like college students. I noticed several people bringing in coffees and waters that didn’t seem to come from the snack bar. (I didn’t notice anyone bringing in popcorn or soft drinks). It was nice to see people greeting each other happily, many hugs. 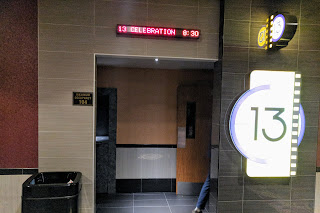 The song leaders warmed up (I appreciated that one was wearing a Nirvana t-shirt). We first sang David Crowder’s “How He Loves” (“He is jealous for me, loves like a hurricane, I am a tree, bending beneath the weight of His wind and mercy”) and then “Reckless Love.” (Sometime I want to take time to consider the violent imagery in contemporary Christian choruses, but not today.) 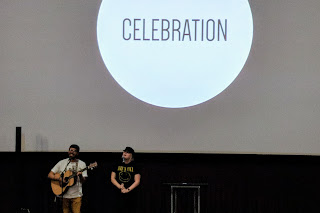 A young woman named Andrea led in prayer (“Thank you for this space”) and welcomed first-time visitors, encouraging them (us) to fill out an “I’m New Here” card. She introduced the speaker, Andrew. The guitarist, who’d been strumming gently in the background since the singing time ended, continued to play quietly. After a minute or two, Andrew hushed the strings. 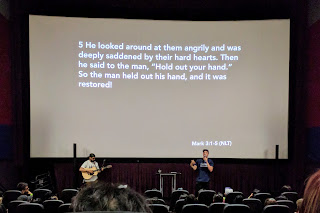 Andrew began his message by stating their mission as a church, “To help people live their best life. There may be things we disagree about, but a fulfilled life, that’s what we’re fighting for.” He read John 10:10, where Jesus says He came to bring us abundant life. He said God has given us a recipe for a fulfilled life, and one of the ingredients in the recipe is relationships -- the focus of the message. 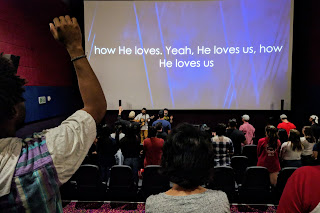 When he said, “It was God’s idea that we shouldn’t do life alone,” I heard those around us encourage him by saying, “Word!” 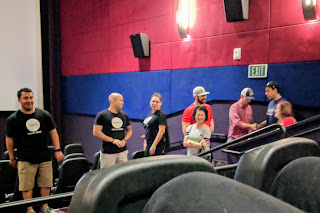 Andrew pointed to the importance of vulnerability in relationships. He noted that the things he was talking about that night were things he needed to work on in his own life. 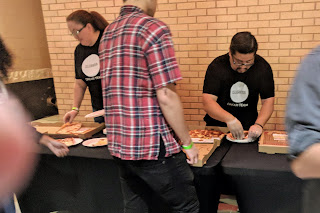 There were brief closing announcements, for a small group gathering nearby and upcoming baptisms. Everyone was invited to have some pizza, which was served right outside the theater. While theater seats aren’t ideal for chatting, many people were sticking around to chat outside. The weather was pleasant and as was the conversation. 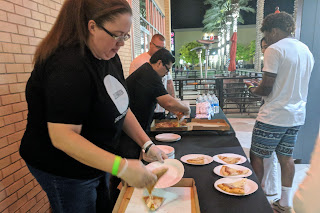 I worked in movie theaters during college, seminary, and for a while after we were married. I feel at home in a movie theaters, so Celebration Church meets at a time and place I love. Even better, it’s ideal for college students. This campus of the church began services in February, and the volunteer “the Dream Team,” who greeted and facilitated the service, seemed quite pleased with how things are going so far. So are we.
Posted by churchandstates