We go to the Movies for a Mission 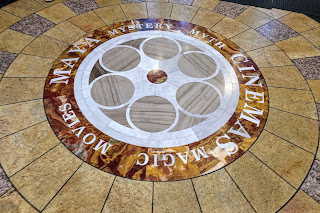 Maya Cinemas Fresno 16, Fresno, California
We were sorry we’d eaten dinner before the movie, because the party room had two kinds of sandwiches (croissant and rolled wraps), chips, dips, and a veggie tray. I would have loved to feast but I only could handle a few chips and a couple of celery sticks, and a bottle of water for the show. 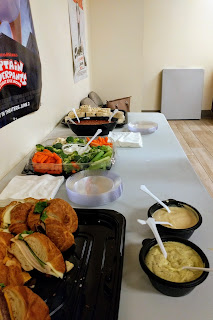 We shouldn’t have been surprised by the good spread. The Fresno Rescue Mission knows a thing or two about feeding people.

Fresno Rescue MIssion sponsored the Saturday evening screening of Same Kind of Different as Me, a new film from Pure Flix about two men changed by an encounter at a rescue mission. We bought tickets for the event online (tickets included the VIP reception beforehand; hence the food) and found ourselves in the theater party room shortly after 6:00 pm surrounded by posters of Kung Fu Panda (and others) and friendly people who’d come for the screening. We met sisters Saroya and Teresa, who were in fact identical twins (to be honest, Mindy had met Teresa the night before while shopping. Mindy was thrilled to see her again) We talked about our kids; Saroya has a daughter in New York, and one of our daughters had considered the college Teresa’s daughter’s currently attending in New York. Teresa and Saroya were there because they wanted to support the rescue mission. Saroya also said they were there to support Christian movies, “That’s very important to us.” 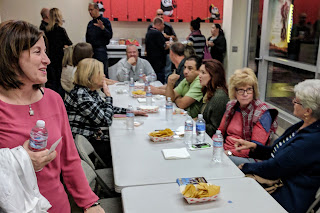 I also talked with a couple of people from the Mission itself. Deborah Torres, who’s the Chief Development Officer for the mission, said she hoped the event would “bring awareness to the Rescue Mission. We can all do something, we all have something to offer, whether working at the Rescue Mission or the animal shelter.” 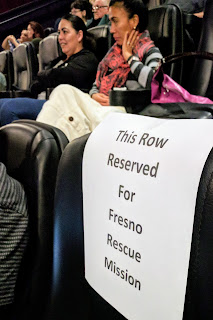 I also asked Don Eskes, the CEO of the Fresno Rescue Mission, what they hoped to accomplish with the screening. He said, “We hope to inspire people to get to know those who are different from themselves. Only through relationships can we affect change.”  He said it’s important to not just pass by homeless people, but to give them time. “Tell me your story,” is what many people want to hear. Too often we pass by the homeless, not even thinking of them as people, he said. 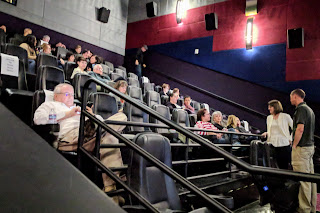 Almost all the seats reserved for the event,the seats in the stadium seating section, were filled, and nobody needed to sit in the front rows on the floor. Before the film began, a couple of people spoke to the group. Rob Carter introduced himself as a promoter of faith based films in Central California. He urged people to support Christian films by recommending the film we were about to see and and by going to see The Star, an upcoming animated Christmas film, and I Can Only Imagine, a film featuring actor Dennis Quaid and the band Mercy Me. Deborah from the mission urged people to stick around after the film to ask questions and perhaps have a chance to win a framed movie poster. 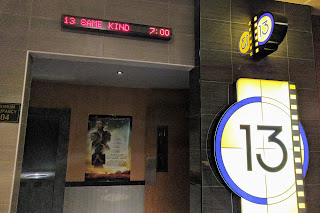 We enjoyed the film. I’ll save most of my thoughts about it for an upcoming post at Movie Churches, but I’ll mention this one thing that bothered me, since Deborah addressed it immediately after the screening. 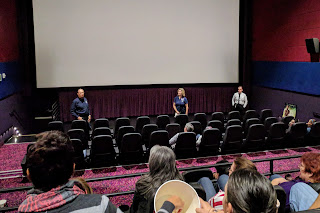 In one scene of Same Kind of Different as Me, a homeless man entered the mission’s dining hall during a meal, yelling and accusing someone of stealing from him. He smacked tables with the bat, and then smashed a large glass window. Finally, a woman (Deborah Hall, played by Renee Zellweger) confronted the man, and he left. But the man continues to return from the mission for meals. 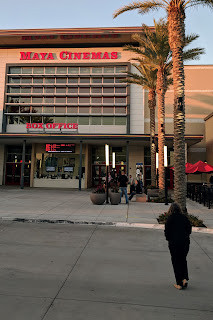 At a similar mission on our cross country trip last year, we heard about a man who plugged a boombox in the wall of a mission’s chapel just before the service started. He turned up the volume (the boombox was playing only static), and when someone on the mission’s staff asked him to turn it off, he refused. entered the mission chapel just before a service and plugged a boombox into the wall and turned up the volume. It wasn’t even music that was playing, but radio static. Someone on the staff asked him to turn off the machine, but he refused. When he was asked to leave, he eventually started to make his way out; once outside he cursed at a staff member and shoved him, then threw the boombox at another staff member, hitting him in the head. 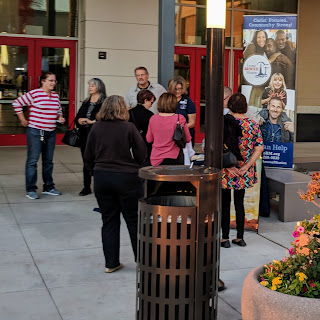 The staff member, a former police officer, quickly subdued the man. Police soon arrived and arrested the man. The mission’s director asked us not to identify the location of the mission, since such incidents were extremely rare, and they want guests to feel that the mission is a safe place. The police had been called because they wanted the other guests, especially those with children, to feel safe coming for a meal, for classes, or for a worship service. 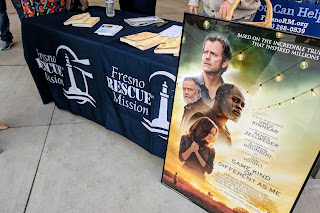 So I was happy that before taking any questions, Deborah said, “If you come to the Fresno Rescue Mission, you don’t have to worry about someone wildly swinging a baseball bat.” There were only a few other questions, but Deborah encouraged people to come to the mission, if even for just a tour of the facilities. 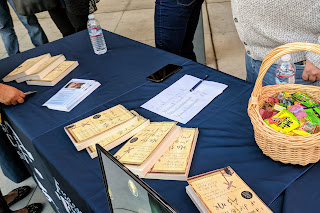 After all the questions, Deborah asked who wanted the poster and several people raised their hands. (Mindy whisper-shouted, “Auction it off!”) Then Deborah asked, “Who was the real star of Same Kind of Different as Me?” 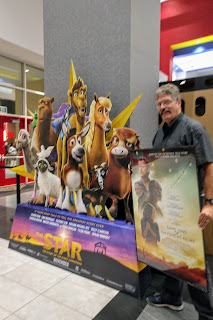 People murmured, but Mindy called out, “Greg Kinnear… Renee Zellweger… God!” (She told me later she couldn't remember Djimon Hounsou's name.) The third answer was correct, and we ended up with the poster. But of course the real prize of the evening was meeting so many people concerned about reaching out to the needs of hurting people in Fresno.