Living in the USA 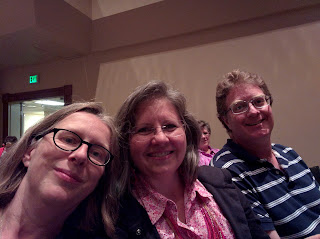 When she lived in a small, closed community with a shared purpose, Bonnie Nystrom says, "It was easier."

Until a few years ago, Bonnie (Mindy's friend since their first semester at Taylor University) and her family lived and worked in a fairly remote village or in a closely knit international community in Papua New Guinea. About every four years or so, they'd be in the United States for about a year, usually doing a lot of traveling around in order to visit churches and people who financially supported them. Now, their kids are grown. Family responsibilities have brought Bonnie and her husband, John, more or less permanently back to the US, and Bonnie's life is very different than it was in PNG. "Everybody's got ministries they're part of, so it's hard -- awkward" to form deep relationships.

In the past, she moved pretty easily between life in the village and life in Ukarumpa. Creating deep, meaningful relationships was easy. She'd established processes over the years so that, even though the family moved between the two communities, their lives in the two locations moved in parallel. Within an hour after moving from Ukarumpa to Arop, she could reach (almost without thinking) for whatever she needed to bake bread, hardly needing the recipe. Even when she came back to the village after a year away, it was the same.

Now, though she's living in the same community where she grew up, she says she'd certainly need the recipe. "It'd be the same challenge if we'd always lived here and moved to Papua New
Guinea."  Finding an appropriate new routine is proving a challenge, but she says, "I'm a process analyst. I'm always tripping on bad processes" and finding better ways to do things. As an example, she and John are in the process of remodeling the house next door for her parents to move into, possibly before John leaves to help his mom manage his family's summer business, and she also redesigned much of the house where they live now to make it a more comfortable and hospitable place. 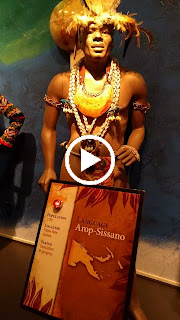 Otherwise, John's role now is much the same as it was in 1997, though technology has changed the processes.*  Moving back to the States hasn't changed much in his actual work routine. In Papua New Guinea, when they weren't living in their village house, he could work with the translation team in the village via radio. Now, though he misses the face-to-face camaraderie, he's still able to work with them via Skype. He finds different distractions working in the US; in PNG, meetings and reports got in the way of translation work. In Florida, family business interferes (both John and Bonnie have responsibilities for their aging parents, and John's family has a summer business that's his responsibility).

During the years they lived in PNG, Bonnie's work responsibilities varied. When their kids were in school (and living on the school's campus much of the year), she served in a variety of positions, particularly enjoying and feeling satisfied with her work as a board member.  Now, most of what she did in PNG can't be done from Florida. "I was never as involved in the [translation] project. I was an advisor on various projects as needed." Board meetings filled her desire for community conversation, for working together in search of a common solution. A board's job is talking through polarizing issues, she says. Whenever something started to become an issue, "just enough of a possibility shows up. God saying it's okay."

She's working to be more comfortable with limbo. Much of her time now  "When I've thought about what life will look like...God comes along and gives me a look at something," allowing her to move ahead with whatever's at hand. For now, the task at hand is finishing her parents' house and helping them move in. Once that's done, she's pretty sure God be along with another possibility. 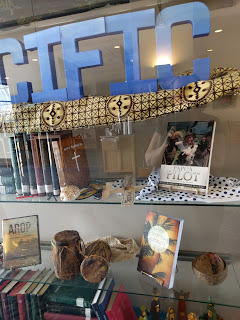