We go to church for the saints 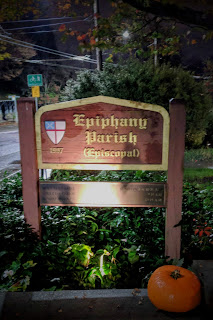 Epiphany Parish of Seattle, Washington
The night was dark and windy. I’d found a Episcopal worship service (via the event calendar on Facebook, which not nearly enough churches use to announce their activities). It was the perfect night for the “commemoration of all faithful departed" at Epiphany Parish.

During October and November Dean and I particularly remember our mothers, who "departed"(faithfully). My mom died in 2016 while we were in North Dakota. We headed back to Indiana for her memorial service almost exactly two years ago. I've been missing her the past few weeks (more than I did last year, certainly more than immediately after her death), so this commemoration was particularly poignant for me. Dean's mom passed away in November of 2014, just before we began writing about visiting churches. 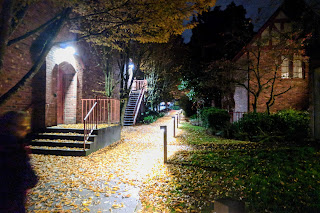 When I was little, I remember my mom making a distinction between Halloween (All Hallow's Eve, she explained) and All Saints' Day on November 1. She wanted me to understand that both holidays honored those who'd gone before. This worship service seemed like something my mom would have appreciated. 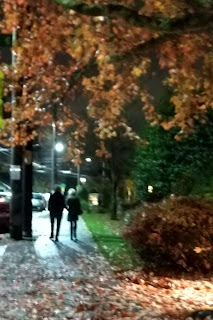 We drove through the dark to another part of Seattle. Google maps led us well, but we really didn't know where we were until we arrived. We found parking in front on the street and found our way to the front of the church along a sidewalk. It wasn't raining, but everything was a little wet. Every doorway and every lighted window seemed inviting. We took some pictures; a couple walked by and greeted us. They headed into the chapel of the church building. 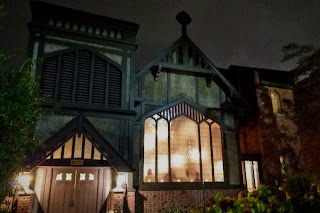 Through the window, we could see the choir moving around in preparation. Once inside, some children and adults were getting ready for the service. We found seats to one side, near a kneeling bench in front of a little altar. The room was quiet. The choir entered and took their place quietly. The program read, "We invite you to help create the experience of silence before our service." 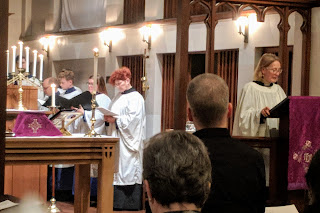 I can't describe the choir's singing. They sang mostly in Latin, from a piece written in 1605. The harmonies were amazing. There was no sermon, but there were scripture readings, prayers, and a reading from an oration of Gregory of Nanzianzus.  At times, bells were rung, a man swung a censer, people bowed. The pastor chanted, and the congregation sang hymns, concluding with "Let saints on earth in concert sing." 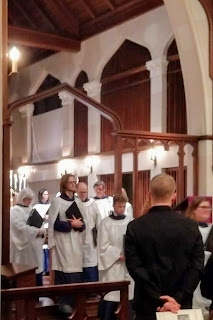 After the dismissal, the program said, "we invite you to remain for silent prayer or depart quietly." We gathered our things, a little awkwardly. Most people seemed to be sitting quietly. At the door, a woman from the choir smiled.

"It's safe to leave now," she whispered. So we went into the dark refreshed. 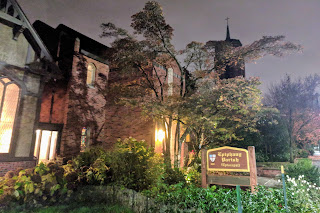 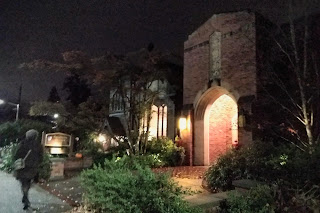 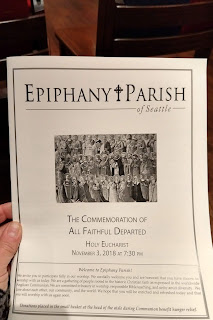 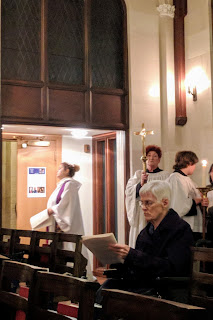 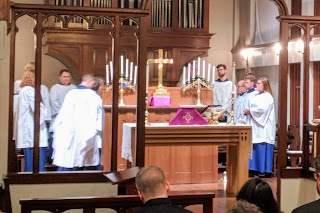 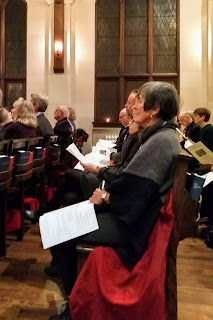 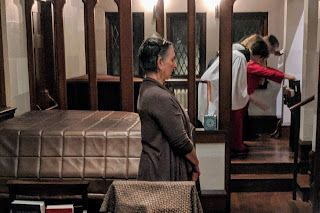 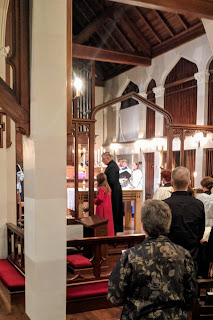