We go to church while a pastor's away 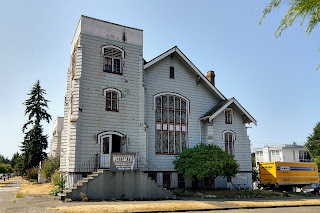 West Seattle Church of the Nazarene, Seattle, Washington
I wonder whether the pastor's vacation is the very best or the very worst time to visit a church. Pastor Shaun was on vacation when we visited the Church of the Nazarene in West Seattle, and Pastor Terry said, “I have no idea how they are doing, and I’m glad about that.” He explained that being pastor of a church is a great burden, and that getting out of town without phone or text access is a good thing. Still, Pastor Terry said he was looking forward to Shaun’s return on Friday. 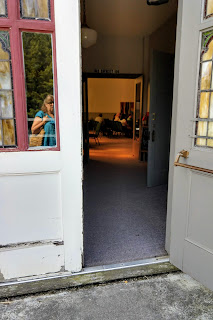 The bad side of visiting when the pastor is away is that we can’t observe an important component in the ministry of the church, but the good side is getting the opportunity to watch a healthy church with plenty of congregants to pitch in when staff is away. That seemed to be the case at this church.

When we checked the church’s website before Sunday morning, we were tempted to go to the 9:30 am breakfast that precedes the 10:00 Sunday school time, but we opted to wait for the 11:00 am worship service. 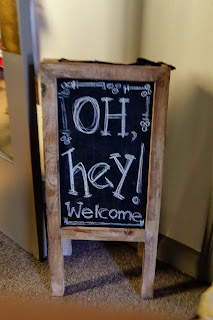 As we walked toward the building, we noticed it was weathered -- on the other hand, you could say the building has character. The wood pallets at the front of the sanctuary beneath the screen, like several other rustic elements throughout the building, are attractive, decorative touches. A cross on the right hand side of the room has a table with votive candles below it, and what I assume are prayer requests hanging on the cross itself. A communion table near the center of the room was the focal point of the horseshoe of chairs, with a few round tables on the corners of the horseshoe. 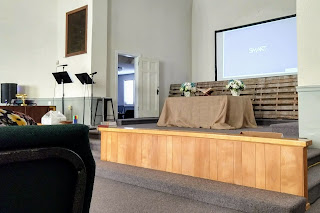 Before the service started, I heard someone say, “Is Bonnie sick today?” and a bit later I heard someone say, “Oh, good, Bonnie is here.” People were greeting each other with love and affection (“Let me compliment you on your shirt; it’s dope!”) Terry introduced himself as we came in, and a few minutes later he asked those assisting with the service to meet in the pastor’s office. 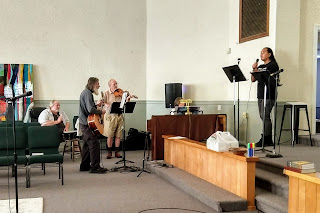 We sat down in a back row, and an older gentleman turned around and welcomed us. As the service began, he turned around again and said, “We sing newer songs. I hope you like them.” 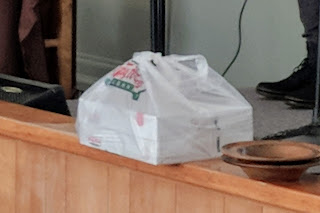 While the first song was “What a Friend We Have in Jesus,” and we also sang “Be Thou My Vision,” there were also several songs from the 21st century. And yes, we liked them. 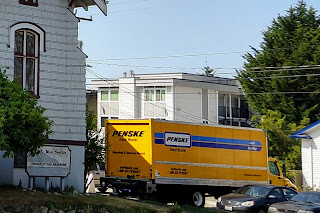 During the announcements Terry discussed helping “Pastor Laura” move to the area. (During the service I never quite learned who she was or what her responsibilities would be, but people seemed excited that she was coming.) There were boxes of Krispy Kreme Donuts in the front of the church. Pastor Terry announced that anybody who helped unload the Penske moving truck after church would get Krispy Kreme donuts -- he showed us the boxes, but put them away until Pastor Laura’s belongings were out of the truck. 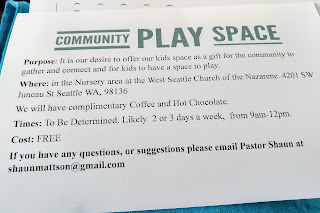 There were other announcements about the church's efforts to build affordable housing in the neighborhood. (Affordable housing is a big deal in Seattle.) This was just one of several projects designed to serve the community. A smaller project is opening the church’s playroom to the community so that families can bring their kids to play while the adults enjoy free wi-fi and coffee or hot chocolate. That should be starting in September, and there was a request for hosts to monitor the space when the room was open. 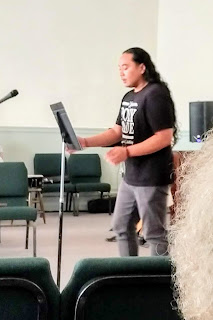 Lorenzo, the minister of music, came to the microphone and said, “In exchange for letting me preach in jeans and a t-shirt, I promised to do a sermon that is only eleven minutes long. That is the only joke I’ll tell in this message.” (For the record, he went about thirteen minutes and said a couple of other things that made people chuckle.) Pastor Lorenzo spoke on Jesus and the need for rest and Sabbath and used images on the screen to illustrate the message (primarily from The Lion King and Moana). 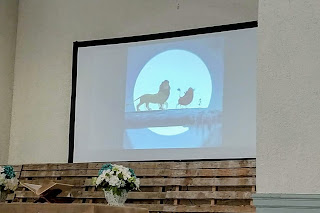 After the sermon, Terry asked a woman who works in a Christian school in American Samoa to share some prayer requests (there are a number of Samoans in the congregation). After that, all were welcomed for the time of communion, which was served by Pastor Terry and Pastor Bonnie. 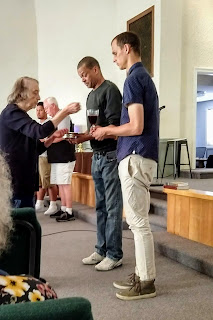 Before we left, Pastor Bonnie sought us out and thanked us for coming. I asked her about the strengths of the church, and she noted the church’s diversity. She said they were truly a family. She was sorry we had missed Pastor Shaun, but we were glad to visit the family just at it was that particular Sunday. 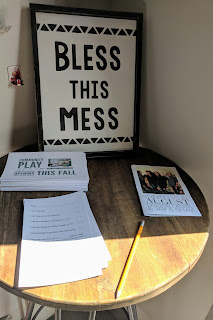 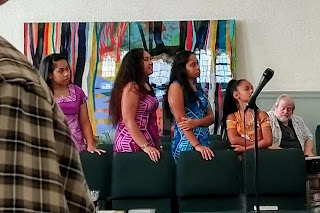 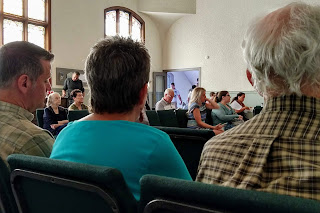 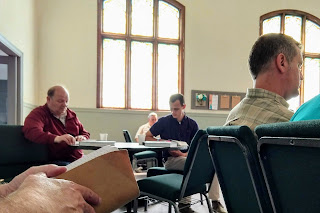 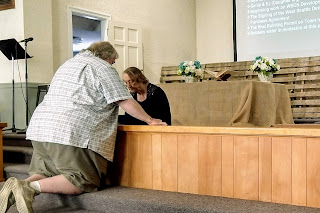 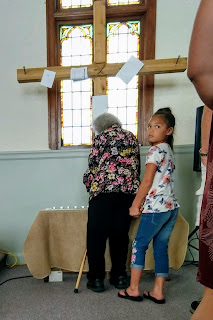 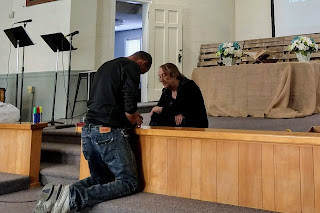 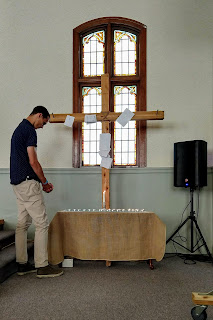 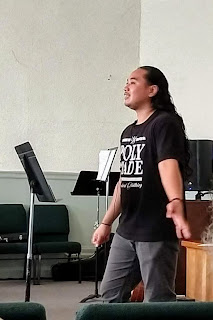 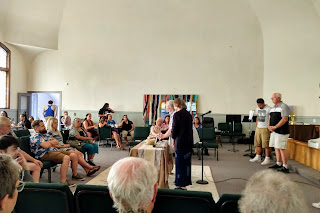 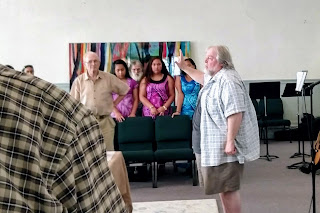