We go to a big church 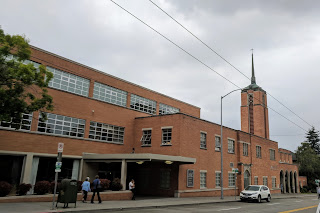 University Presbyterian Church, Seattle, Washington
“It’s a big church. It has lots of programs,” Jeff said when I asked what he liked about this church. It was rather refreshing to hear enthusiasm for bigness. We’ve been in plenty of settings where we’ve heard the opposite. Many small churches consider “intimacy”, “warmth”, and “familiarity” high values. 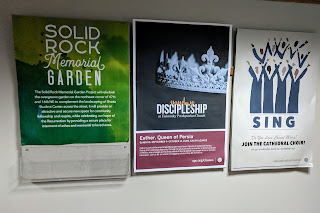 When we go to bars, we always ask people what they think makes for a good church. It’s pretty common to hear the Cheers theme song mentioned -- a good church is a place where “everybody knows your name.” Even if the person we’re talking to doesn’t go to church (and doesn’t want to go to church), they see the appeal of being part of a small community of friends. On the other hand, we often hear negative things about big churches; it’s pretty common for people to believe a big church is impersonal. 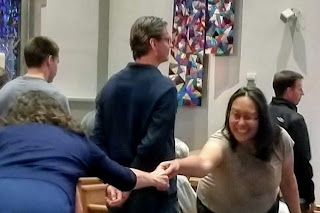 But this visit was a reminder that some people really love big churches. You can’t have a big choir (or worship team or praise band) in a small church, unless you don’t mind having nobody in the pews to listen. Big churches can offer specialized ministries to people with different needs, in different stages of life, and big churches can also provide the chance to minister in a greater variety of ways. 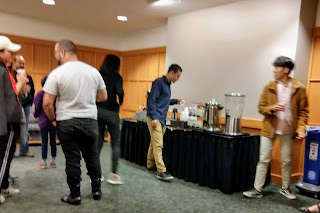 Jeff said something else I found interesting. He said of the church, “We have liberals and conservatives but we find a way to get along.” He didn’t specify whether those were political or theological divisions, but those differences often go hand-in-hand. We live in a country that seems increasing rife with division and the dream of Rodney King (“Can’t we all just get along?”) grows increasingly dim. More than ever, the Church needs to live out the words of Jesus: “A new command I give you: Love one another. As I have loved you, so you must love one another. By this everyone will know that you are my disciples, if you love one another.” We went on a Sunday evening; even with a good-sized gathering of people in a good sized building, there wasn’t at all the feeling of a megachurch. Someone with an ear finely tuned to politics might have picked up a liberal or conservative tone, but the focus was really on the Kingdom of God. 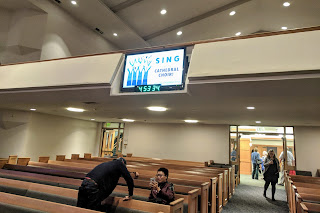 When we entered the sanctuary shortly before 5:00 pm, the worship team was practicing, but after part of a song or two, we saw them going to a back room to pray together. The large sanctuary has a balcony and beautiful stained glass windows, as well as banners at the front which echoed the colors of the windows. Mindy thought some of the organ pipes had stained glass colors as well, and there was interesting 3-D looking Last Supper art above the platform. 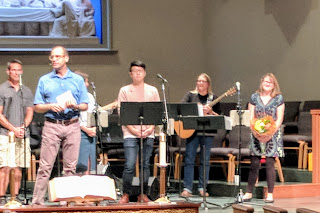 I saw a note in the program that this was Suzanne’s last worship service in her role as Interim Coordinator of Contemporary Worship (she still will be a part of the church). I guessed (correctly) that the flowers under the piano bench were for her, and it was a nice time of worship. 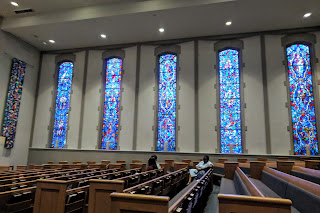 After some singing, a man came forward and said, “In case you forgot, my name is George Hinman.” The congregation chuckled -- he is the senior pastor at UPC. “Thanks for the privilege of getting away… Recharging my batteries…” He said he’d spent part of the time to plan the sermons for the year to come. “We’ll be looking at Romans, Jeremiah (the man who tears down to build up).” He said he also took time for fishing, sleeping, and reading. 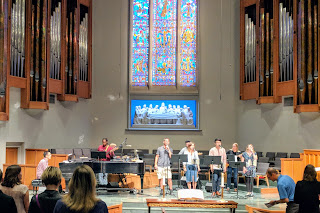 Joyce, who introduced herself as “a young adult here at UPC,” came forward. She serves with international students through the church. She led prayer for shooting victims in Jacksonville (it was the day of the incident at a video game tournament), flooding in Hawaii, and student ministries throughout the world. In her prayer, she also mentioned an article about the persecution of female politicians in Bolivia and prayed for them, along with other oppressed women throughout the world. 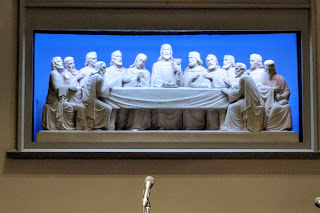 A missionary shared about her ministry, though her full name and the country where she works wasn’t shared. She was asked about the challenge of a ministry where one sees little fruit, and she insisted she does see fruit, it’s just small and slow -- but it does come. She told the story of two young women who came to church to ask questions about Christianity. One had recently abandoned the faith of her parents. After two hours of discussion she said, “I believe. What do I do now?” Seeing young people stepping into leadership roles in ministry has also been an encouragement. 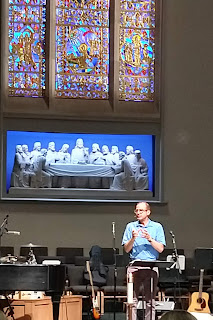 The service concluded with a time of prayer for healing. The elders and prayer team waited in the front with anointing oils and prayed with those who came forward. Quite a few people did. 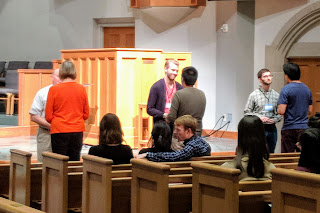 After we ask people what they think makes for a good church, they sometimes ask us the same question. Sometimes they’ll ask, “What’s better, a big or a small church?” My answer is always, “Yes. When God is there.” 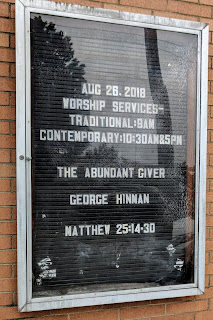 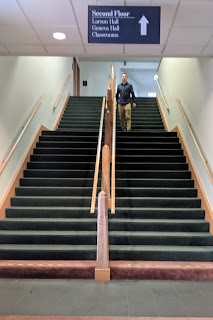 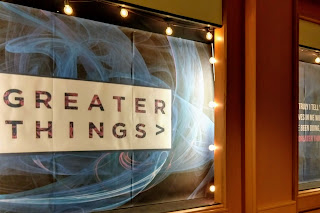 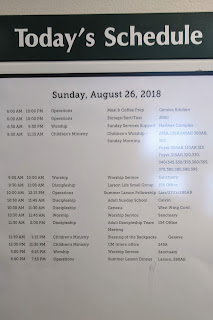 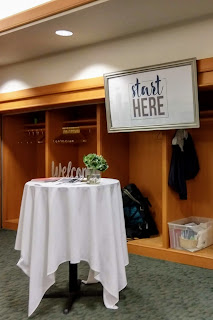 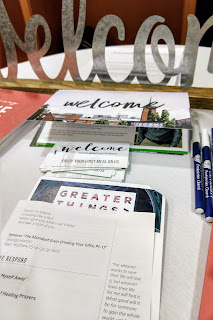 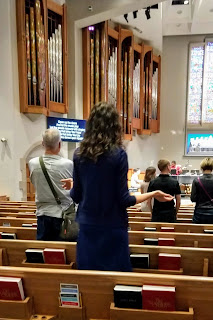 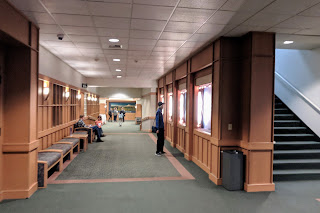