We go to church to mourn and rejoice 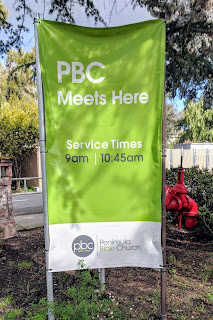 Peninsula Bible Church, Palo Alto, California
Our son and older daughter disagreed about the sermon. Bret and Paige had joined us to visit Peninsula Bible Church in Palo Alto on Palm Sunday, and the holiday was part of their disagreement. Pastor Paul Tyler’s sermon title was “Dealing With Death, ” and it was focused on “Holy Saturday” (aka “Black Saturday” -- no one seems to have decided on the term), the day after the crucifixion when Jesus was in the tomb. This was the final sermon of “Final Hours,” a six-part series based on Matthew 26 and 27 preached by six different pastors at the church. 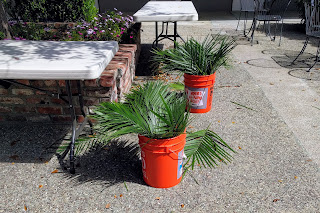 Bret maintained that Palm Sunday should be a celebration of the day Jesus entered Jerusalem and was celebrated as a King. By the end of Holy Week, the crowd would turn from praising Jesus to asking for His crucifixion. Bret said we need to note both events as separate things. 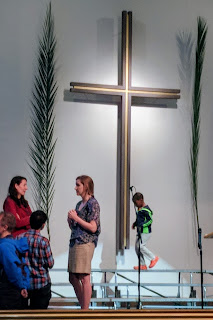 I should mention that Palm Sunday was celebrated in the service with palm branches on either side of the cross in the front of the sanctuary and a children’s choir processing with more palm fronds and singing a couple of different Hosanna songs. The sermon, though, focused on death and grief rather than this joyous celebration.

On the other hand, Paige argued that she appreciated a sermon on grief and the importance of honoring the dead, topics she believes the church often neglects. As Pastor Taylor noted, people in the Church often want to rush from Good Friday to Easter with no time in between. In the same way, some expect people to who have lost a loved one to hurry through their sadness to a celebration of the life to come. Mourning has an important role that the Church sometimes neglects. 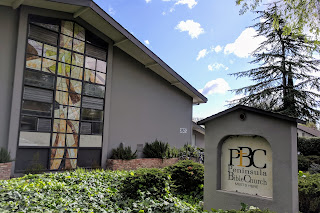 As Homer Simpson said, “Kids, kids, you’re both right!” With so much packed into Holy Week between Palm Sunday and Easter, the themes of glory, pain, suffering, celebration, redemption, damnation, forgiveness, and joy are difficult to cover in just a few (sometimes only two) worship services. And we, of course, only worshiped at PBC for one of the six Sundays in the sermon series, but I appreciated the thought given to the Saturday of waiting before Easter. That day is often neglected. 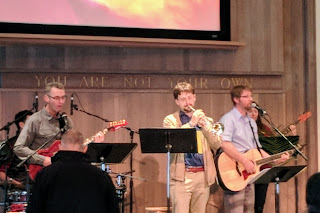 The service had other elements in addition to the sermon and the very adorable children singing Palm Sunday songs.The congregation sang as well, accompanied by keyboard, guitars, bass, violin, cello, and trumpet. 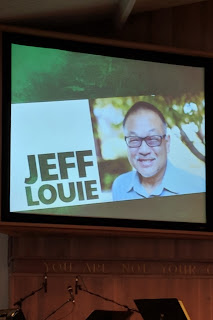 Pastor Taylor also made an announcement before his sermon, telling the congregation that Jeff Louie would soon be the new “Equipping Pastor,” not only equipping people at PBC but training and equipping other Christians in the area. Pastor Taylor commented that it had taken time to decide on hiring Pastor Louie “because at PBC we take things slow.” He also said that adding this position to the staff was a bit of a risk, which was unusual for the church because, he said,“if you’ve spent more than a few minutes with us you know that risk is not our specialty.” 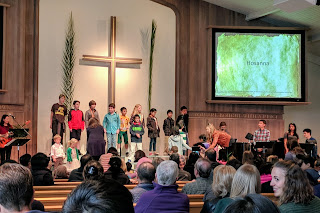 PBC has a distinguished history. In 1950, Ray Stedman, who worked with J. Vernon McGee before becoming a mentor to Chuck Swindoll and Luis Palau, accepted the call to serve the church long before the area was known as “Silicon Valley.” The church’s model of an elder-led church was followed by many evangelical churches. Though Stedman’s teaching, preaching, and writing were widely acclaimed, the church was known for rotating preachers, which also became a model for other churches. 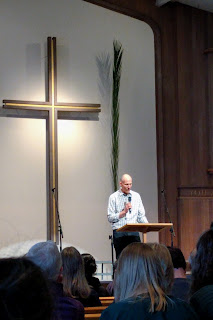 Mindy and I had worshiped at the church once before, almost thirty years ago when Mindy’s sister and brother-in-law lived in the area and were part of the congregation. The area has changed -- our memory of the church included a lot of open space around the church buildings, and that’s definitely different now. Thankfully, the church’s commitment to teaching the Word of God and serving the people in the heart of the tech world hasn’t changed. 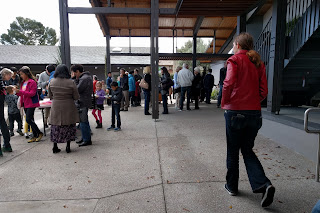 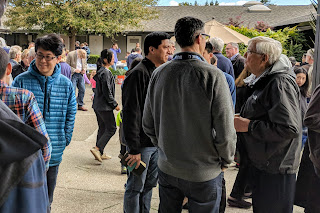 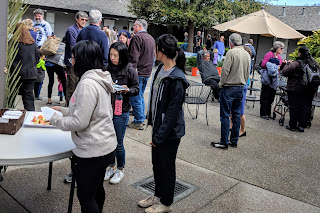 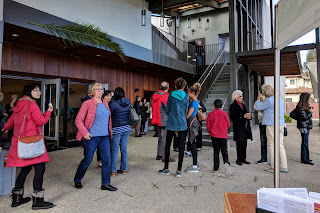 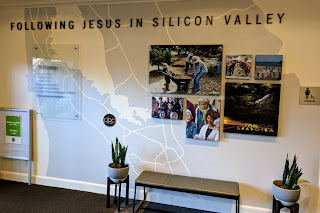 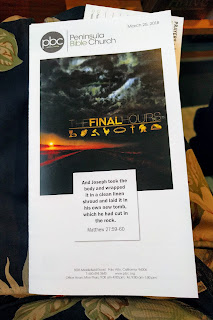