Four Fun Facts about the Russian Orthodox Church Outside Russia 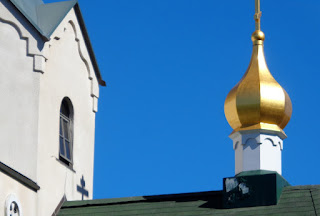 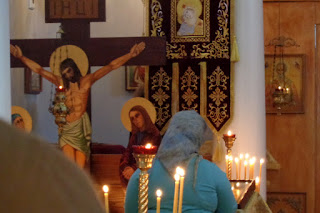 2.  All the Eastern Orthodox churches are "autocephalous," which means that all of them are in full communion, but each group is independent in its decisions. In some ways, the different Orthodox Churches tend to function like denominations do in the Protestant church, but there are more similarities among Orthodox churches than there are between, say, an Episcopal church and a Calvary Chapel church. 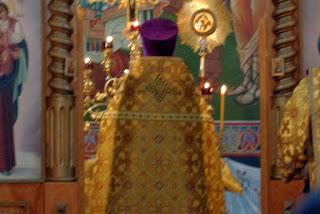 3.  "Church Slavonic" is the primary language used in worship, although the local language is also used by individual congregations. The church has parishes in 43 countries; most are in the United States, but there are churches and communities on every continent except Antarctica. 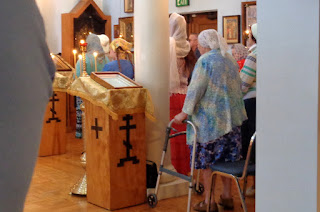 4.  A number of traditions were unfamiliar to me: standing during almost all of the divine liturgy service (for those who are able to stand -- chairs were available and used by those who weren't able to stand for the two-hour service); headcoverings for women (at the service we attended some women wore hats, some wore lace kerchiefs, some wore long rectangular scarves tied or draped, and a few didn't cover their heads); bowing and periodically touching the floor during worship; purchasing and lighting candles near icons located throughout the worship space; kissing icons (some "what to wear at a Russian Orthodox Church" websites discouraged the wearing of lipstick because the marks left after kissing the icon are difficult to remove).