We go to church and admire the book table 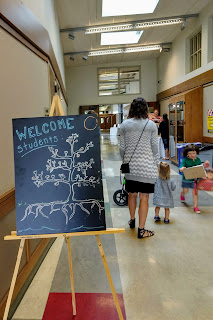 All Souls Church of Seattle, Washington
You know the old saying, “You can’t judge a church by its book covers.” (That’s how the saying goes, right?) In spite of that, when I saw the book table at the back of All Souls's meeting space, I could only think well of the church itself.

Of course there was a book by Timothy Keller (Shaped by the Gospel), I expected that. Keller is the founding pastor of Redeemer Presbyterian Church in New York City. All Souls is an affiliate of Redeemer Presbyterian, and it was launched in partnership with Grace Seattle and the Metro Northwest Church Planting Network. I was actually surprised there was only one Keller book. 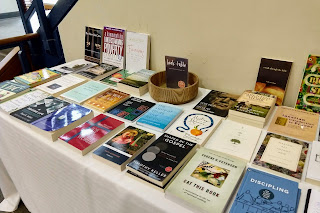 There were parenting books (Parenting is Heart Work by Dr. Scott Turansky) and books for kids (including as a children’s illustrated Bible). This wasn’t surprising either, as there were many kids in the church. (For safety’s sake, we try to be careful about children in photos, but as Mindy said, “Taking pictures without kids is difficult here. That’s a good thing.”) During the service, a father and his young son read Scripture (John 13) together. We saw a little girl wearing a unicorn horn headband. We talked to a teen who used to go to a church with three teens. He said he enjoyed being part of a church with plenty of other high schoolers. 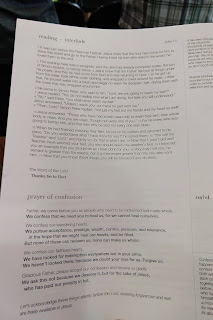 I noticed Confessions by Augustine on the book table, which is one of the most important books of church history. After over a millennium and a half, it’s still changing lives. Sadly, in the few Christian bookstores that remain, you’re much more likely to find a Gigi, God’s Little Princess or a Bob the Tomato keychain than this classic.

Aldous Huxley’s Brave New World (not a Christian book) was also on the book table. I tend to think it’s there to encourage a conversation interacting with the ethical dilemmas in the contemporary world (even though the book is approaching the century mark). 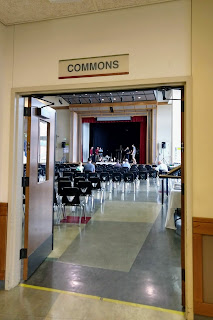 Best of all, I found Flannery O'Connor's Mystery and Manners, a book I dearly love, written by one of my favorite authors. We were able to visit her childhood home in Savannah, Georgia, when we were on our cross country trip.

Actually, that might not be the best thing of all on that table. The best thing on the table was probably the sign up for the City Service Day at Madison Middle School. 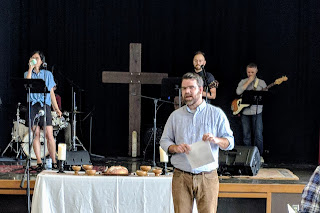 Enough about the book table. On to the worship service. Andy Pelander, the church’s organizing pastor, introduced the call to worship. He said “The call to worship is a call to Sabbath, it is anchoring language, an invitation to rest.” The Call to Worship is written in the program, as almost everything is, including the song lyrics (they don’t use a screen). It must be a little costly to print the twelve page booklet every week, but as noted, they aren’t paying a mortgage. 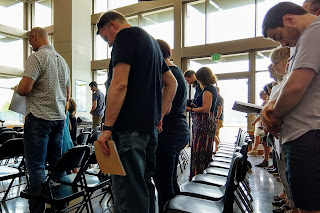 Before leading the prayer of confession, Andy said, “What is confession? Confession is acknowledging reality. Only through the Gospel is approaching reality a form of rest.” 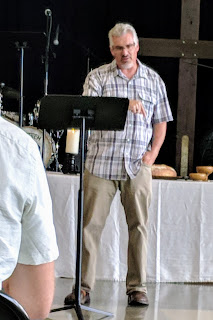 The Rev Matthew Bohling was the guest speaker that morning. Matthew was pastor of Living Hope Presbyterian Church, a sister church that “closed unexpectedly” after 68 years. Matthew and his family have been attending All Souls since spring, along with several other families from the church.

The church is working through a series on the Psalms, and Matthew was preaching on Psalm 127 which he said is his favorite Psalm. It happens to be mine as well. Much of the focus of the sermon was on verse 2 of the Psalm, “In vain you rise early and stay up late, toiling for food to eat -- for He grants sleep to those He loves.” 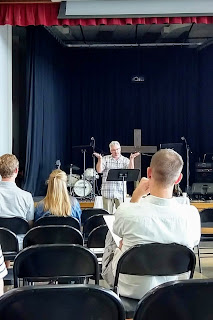 He said rest is an unappreciated spiritual discipline, pointing out that a tenth of the Big Ten Commandments are about rest. He said, “What if God is more interested in giving rest than we are in receiving it?”

I give a lot of thought to sleep. I’m a night auditor, working 11:00 pm to 7:00 am and sleeping during the day, which isn’t always easy. Matthew said “Going to bed is an act of faith,” and I could relate to that. Sleep is a gift. 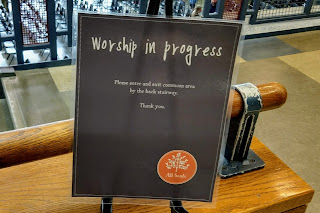 A good friend suffered from insomnia due to complications from a serious illness. I remember how, when she didn’t sleep, she wondered if God still loved her. (He does, by the way. He gifted my friend in multiple other ways, and has used her to bless others in many ways as well.) 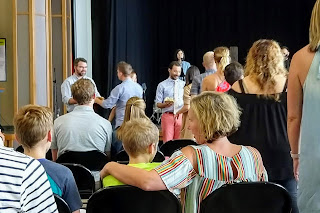 The service ended with communion, as it does regularly. There were options: regular or gluten free bread, wine or grape juice. The bread and wine were tasty, which sadly is not a common thing. 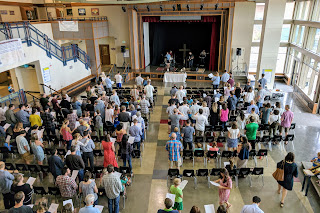 My initial judgement of the church, from looking at those book covers, was quite favorable. The service itself, and time talking with congregants, only improved my opinion. 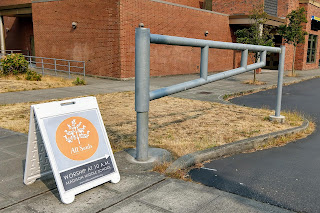 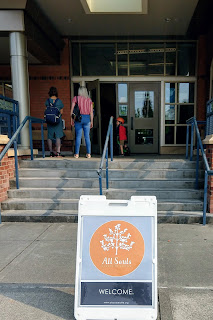 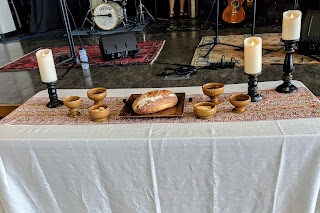 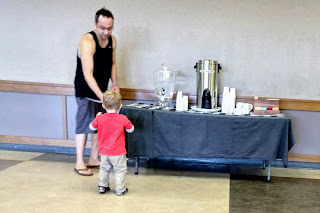 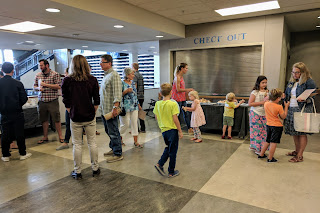 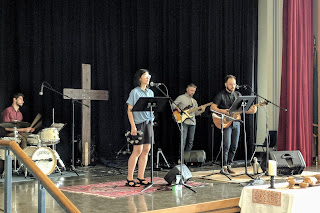 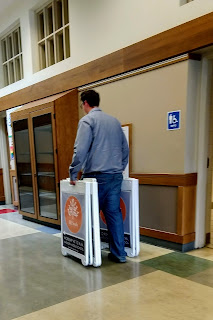 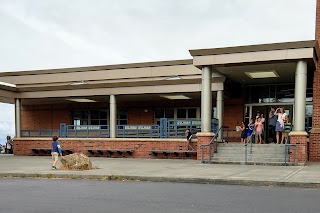