We Go to Church by Mistake 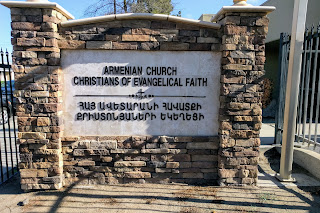 Armenian Church CEF, Fresno, California
“Mistakes were made.” (The passive voice is ideal for avoiding blame.)

We thought it was time to visit some Armenian churches. Armenians have a long history in Fresno, arriving in the area after escaping European persecution in the late 19th and early 20th century. “Little Armenia” is no longer a part of the city as it was, but anyone can visit the Armenian Museum of Fresno, established in 2003. Fresno’s most famous native son, writer William Saroyan, was Armenian, as is artist Corky Normart. 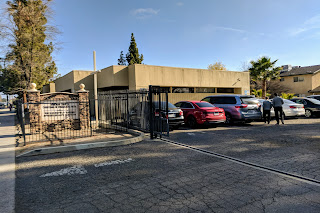 So Mindy went about researching Armenian churches in the area, and found one in our neighborhood. The website (all in English) had the service start time at 11:00 am. To our delight, the pastor had previously served at a church we visited in San Francisco a couple of years ago, and we looked forward to seeing him again. We were excited. 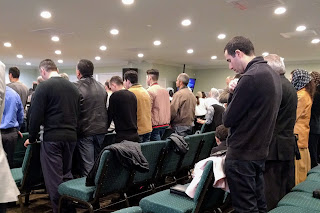 But when we entered the church a little before eleven, the service seemed to have started already, and the room was pretty full. We wondered if we'd come in for the end of Sunday School. 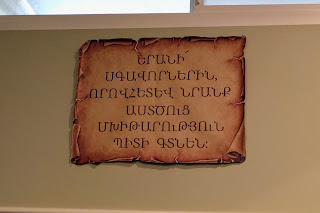 The church we’d visited in San Francisco used some English as well as Armenian, but we saw no English writing and heard no English spoken from from the platform during the service this time. In spite of all this, it still took a while to figure out we’d gone to the wrong church. 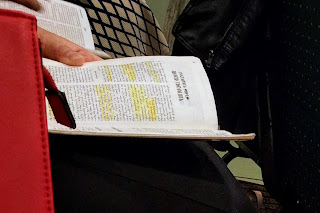 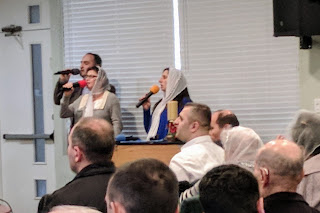 The people in the church were hospitable. Someone offered to translate the service for us, but we didn’t want to take away from someone else’s morning.

Mindy was glad she’d brought a scarf, because every woman wore a head covering, and she didn’t want to give offense. 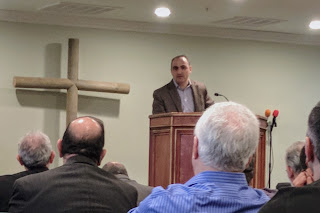 There was singing, and the words were on the wall, but the Armenian alphabet is very different from English -- or even Greek or Russian, so we couldn’t even sing along phonetically. 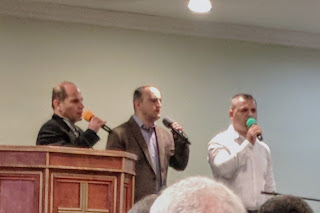 During the times of prayer, many people prayed at the same time, so we’re guessing there was a charismatic aspect to the worship. It’s difficult to know if anyone is praying in tongues when you don’t even recognize the primary language being used. 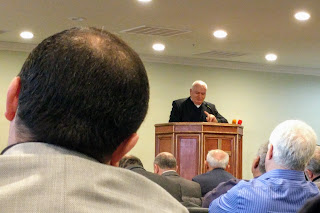 We were grateful we’d stopped keeping track of sermon length, because we weren’t sure which of the several speakers gave the official sermon. It’s possible there were a number of sermons. 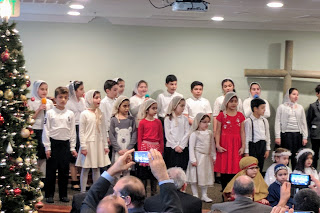 We did recognize some things though. The Christmas tree in the front was familiar. We were visiting on the day the Armenian community celebrates Christmas (for most other churches, it was Epiphany Sunday), and the service ended with a Christmas program. Children wearing white shirts and dark pants or skirts came forward and recited things -- we suspect Bible verses -- in Armenian and sang Armenian songs. One of those songs, “Silent Night,” was first sung in Armenian, but, music scholars as we are, we still managed to recognize the tune. The children and the congregation then sang the first verse of the song in English, which allowed us to sing along. 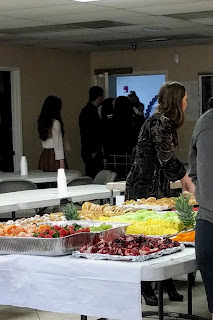 When the service was over, people invited us to join them for lunch, but we had plans to get together with our son and headed out. It was good our son’s apartment was within walking distance, because we went to the parking lot to find our car blocked in by someone who’d arrived later than we did. 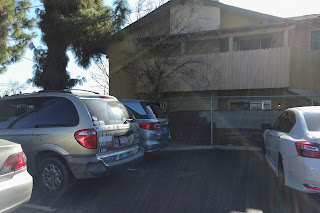 As I said, mistakes were made. But this faithful gathering of God’s people was not one of them.
Posted by churchandstates