This may sound like shocking news, but GlobalFingerprints, the Evangelical Free Church of America’s program for sponsoring children, makes a point of not sponsoring orphans in Haiti. Pretty shocking, isn’t it? But it makes sense when you hear their rationale.

Most people are familiar with the child sponsorship programs of such organizations as Compassion International, Save the Children, World Vision, and others. Many of us have seen the television commercials with children with very big eyes and even bigger needs. So, you might think, do we really need more such organizations? If the number of needy children in the world was very limited number, that might be a good question. Sadly, it is not a good question. Different agencies are able to focus on different children with different needs. 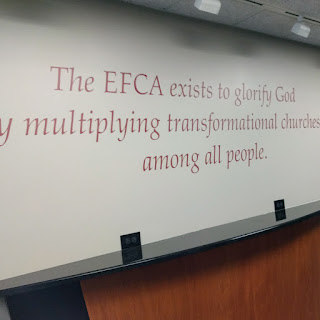 In Haiti, unemployment is at 80 - 90%. Because of this, many parents are unable to care for their children, and often, they take their children to orphanages. GlobalFingerprints has made the decision to focus on sponsoring children who need help in order to stay with their parents, The organization, through sponsorships, provides for the children’s food, clothing, and education.

GlobalFingerprints also works with teens in Haiti. One new project sponsored by GF is a teen Haitian band. When word of the project went out through Minnesota Public Radio, the program received donations of enough instruments for an orchestra. Teens were allowed to try different instruments and express their preference.

You may ask, why music? Why does that matter?

Haitian educators had an answer to that question: learning music develops the brain, which helps with other learning. Working with others in an orchestra develops team building skills. And in Haiti, learning an instrument may provide a job skill, allowing the performer to work at weddings and funerals. Within five years the band hopes to make a tour of the United States. 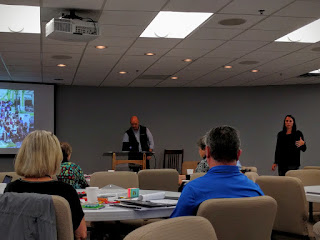 Another unique Global Footprints teen ministry is a special camp week. A group of teens are brought to a beach resort that is usually the province of foreign tourists. The main purpose of the camp is for GF leaders and volunteers to have intentional time with students. Teens are allowed to see the great beauty of their own country. To go to the resort, teens need to get basic items that were never before needs in their lives - towels, bathing suits, and sandals. (Compass Church in Illinois provides for those needs.)

GlobalFingerprint’s work looks different in different parts of the world. In Liberia there is a great deal of work with orphans who lost their parents to the Ebola epidemics of 2014 and 2015. Some of the work takes place on Peace Island -- which sounds picturesque until you learn that the island is surrounded by swamp. Many children live with relatives who need financial help to provide even minimal care for the children. 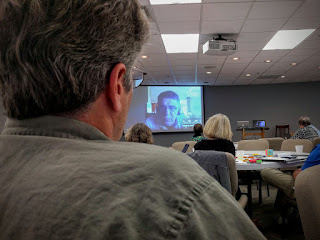 In India, there’s a special challenge in caring for children because though the need is still great, that nation is limiting western organizations’ ability to bring funds into the country. This isn’t just true of Christian charities such as World Vision (and GlobalFingerprints), but even the Bill and Melinda Gates Foundation. But this is one area where it might be a bit of an advantage to be a small organization. Though India is limiting the work in some parts of India, in other places the work of GlobalFingerprints goes on. In one part of India, children who live in garbage dumps (not an uncommon residence in many parts of the world) meet in a small building for tutoring and a Bible club. Young women are taught sewing skills. Children receive physical check-ups and medical attention.

GlobalFingerprints currently has ongoing work in other nations including Congo, Indonesia, Lebanon, Myanmar, Panama, and Zambia. 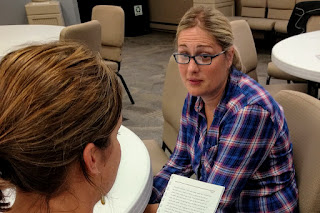 Mindy and I were able to attend a meeting of GlobalFingerprints workers at the home office of the Evangelical Free Church in Minneapolis, Minnesota. We were able to hear reports from workers in all the countries GF ministers in, though some of the reports came via Skype.

I asked one worker, Peggy, what advantage there was sponsoring a child through GlobalFingerprints as opposed to other agencies. Though she didn’t want to belittle the good work done by other groups, she did note five things that she appreciated about GlobalFingerprints. 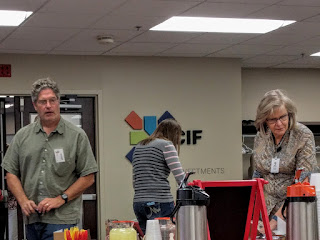 The cost of supporting a child is $35 a month, which will provide for that child’s education, nutritional, and medical needs. The money donated goes to the child, and (in most areas) the sponsor can get letters and send letters to the child, developing a relationship with him or her (in one area, the connection between child and sponsor has to be more convoluted, but money donated is for a specific child). 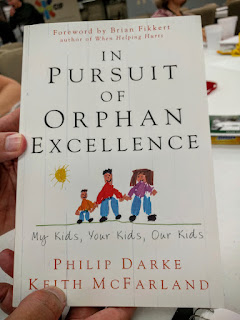 You may be wondering about what the name of the organization means (even if the “Global” part is self-evident). The goal of the organization is to see that the love of Jesus will mark the lives of the most vulnerable children, leaving His fingerprint. With your support, you can be a part of being the hand of Jesus throughout the world.

Haiti Special Note:
In the wake of Hurricane Matthew, there will be additional needs in the country. We got this message this morning: "We're waiting for news, and yes, there will be lots of ways to help in the days ahead. Lack of electricity makes it difficult to contact people, but we have missionaries attempting to get in touch with our partners. So far the news is that the kids are okay."

For more information, here are links and a phone number: GlobalFingerprints website, their blog, or by phone (800) 745-2022. Have questions? Here's their FAQ page
Posted by churchandstates