A Pilgrim Can’t Expect the Expected 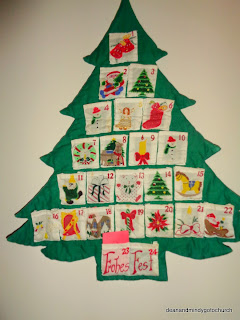 “We’ve always done it this way before!” is one of the most easily mocked phrases in the modern Christian church. When someone’s come up with a new way to worship more vibrantly, reach people, or even just save money, and people object just because it’s not traditional, you almost have to laugh.

But not at this time of year.

Tomorrow is the first Sunday of Advent, and so much of the emotion of Christmas is tied to tradition. This is as true in the church as it is in most households. In both places, it seems important that this particular song is sung and this particular ornament is hung. Frankly, for most of the last three decades, I’ve had enough influence in the churches I’ve been a part of to make sure that many of my favorite traditions are upheld.

I’ve written Christmas programs with songs I want to hear. I’ve been able to pick favorite Scripture for advent readings. And even when I haven’t been able to choose, when I’ve been in a church for years, I could take comfort in expecting things to go as they had before. 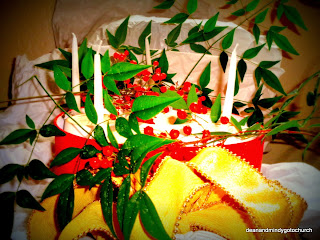 Early in our marriage, we moved to a new area and began to worship at a wonderful church that did celebrate Advent. They sang all the right songs. They had caroling activities, and I believe the Sunday School class had a Christmas party. But the pastor came up with absolutely the worst name for an Advent sermon series I’ve ever heard. Taken from Psalm 2:12, the series was entitled, “Kiss the Son Lest.” It’s a small comfort as we encounter different Advent traditions in the weeks to come, traditions perhaps different from our history and preferences: we will not have to deal with a sermon series with a title that awkward for four weeks in a row.